What does the application?

Kangaroute is a car pooling application. Users submit routes with departure and arrival data either as drivers or as passenger and the application finds routes that can be combined.

First of all, you need Ruby lang installed. A nice & easy way to install multiple versions of Ruby is RVM. You can check if RVM is already installed with rvm -v. If you don't see the RVM version, here's the installation guide.

After having RVM installed, check if Ruby is installed with rvm list. If no ruby was listed, install the latest version: rvm install 2.1.1 and tell RVM to use this version rvm use ruby-2.1.1

Now that you have Rails installed, it's time to create your fresh Rails application. Run rails new kangaroute. This command creates a set of files structured according to the MVC architectural pattern.

Now, it's time to make safe what we've done so far. Let's use git!
First, get with your terminal inside your new app cd kangaroute and run git init to initialize git, git add -A to add all files in kangaroute directory and git commit -m 'Initial commit' to save the current version of all files included in this directory.

Let's create the core entity of this application which is Route. Route will have the following fields in the database: 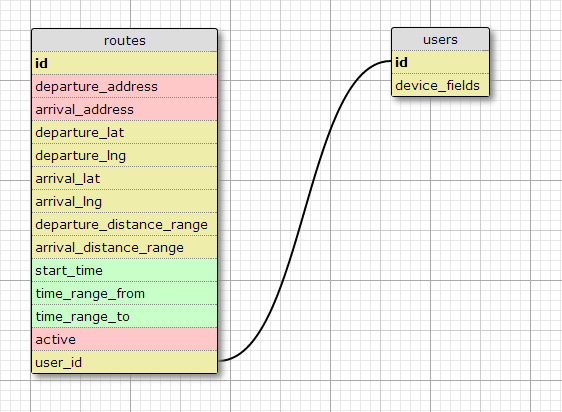 We'll use PostgreSQL database so in the Gemfile replace line with gem 'pg' and run bundle.
Rails stores all database related information at /config/database.yml, so change it like this: database.yml and don't forget to change username & password.

Thanks for reading and sharing! ;)